Hope, grief and frustration at the first post-Holocaust Maccabiah 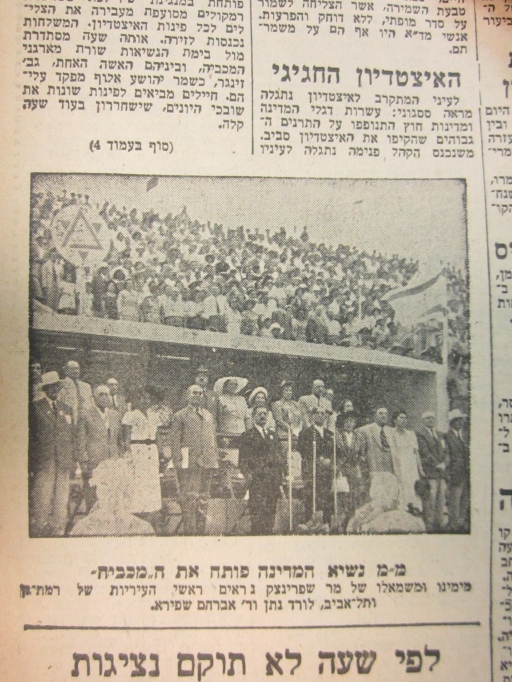 An image of Israel’s first president, Chaim Weitzmann, at the Maccabiah opening ceremony in 1950.

Many firsts were achieved at the 19th Maccabiah, which holds its closing ceremony Tuesday, namely for the many new countries debuting this year. 1950 was also a year of Maccabiah firsts, but much more fundamental – that year’s “Jewish Olympics” were the first to take place in the newly-established State of Israel, and the first to take place after the Holocaust. Haaretz’s archives reveal that preparations for this third Maccabiah were tinged with post-Shoah hope and grief, frustration at broken government promises, and the good old right-left divide.

Some 1,300 athletes from 28 countries took part in the second Maccabiah 15 years earlier. Known as the “Aliyah Olympics,” many participants stayed in Palestine after the 1935 games rather than return to an increasingly dangerous Europe. The third games, originally set for 1938, were postponed amid developments in Europe, the Arab Revolt in Palestine, and the British Mandate authorities’ concerns over illegal immigration….

2 Responses to Hope, grief and frustration at the first post-Holocaust Maccabiah